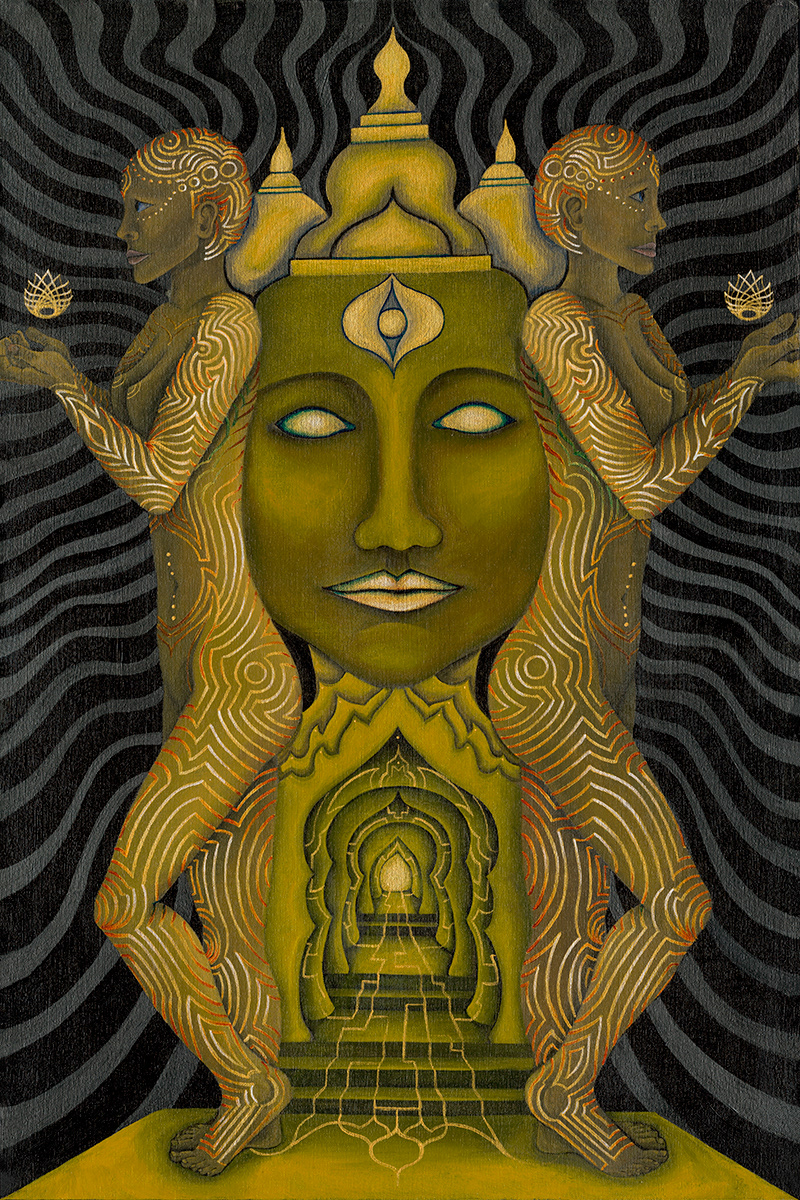 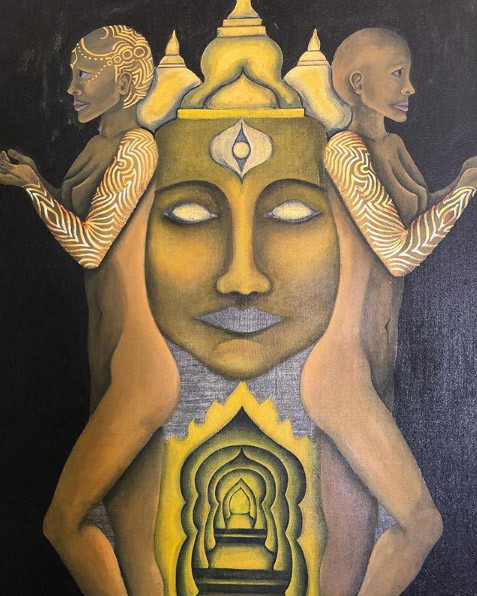 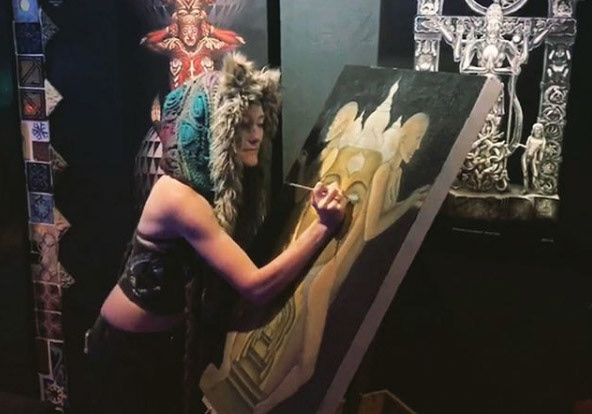 2016 - 2018, acrylic on canvas, 2' x 3'
originally inspired from a vision induced by the sounds of astarius miraculii  one early morning at lIB in 2015 - this painting and its initial drawings weaved its way though out my life for 3 years. The breaks in between were just as important as the time spent on the canvas. New experiences, new perspective and new insights needed to know how to proceed. It traveled with me all over the west coast - live painting from show to show, from desert to mountain top observatory, and full circle again to another astarius miraculii set at Galactic Center one perfect evening. This painting is special to me for those full circle moments - the synchronicities - the growth unseen  behind the canvas and the magic that exists through art.
To learn about the symbolism behind seshat, read below~
Seshat was the ancient Egyptian goddess of wisdom, knowledge,  writing, accounting, architecture, astronomy, astrology, building, mathematics, and surveying. She was seen as a scribe and record keeper and is credited with inventing writing.
she was depicted as a woman with a seven-pointed emblem above her head and  a palm stem in her hand, bearing notches to denote the recording  of the passage of time. She is frequently shown dressed in leopard print which was thought to represent the stars which were a symbol of eternity.
Seshat was integral in the "stretching the cord" ritual which was when the foundations of temples and other important structures' location was decided  in order  assure the sacred alignments and the precision of the dimensions.
Although this painting was finished before the mythology surrounding Seshat Came to me, it just felt too perfect no to name it after her.
↑Back to Top